Martin Nilsson and Eric Nordetun are a part of the Production Engineering team at Nexans in Grimsås. This is a glimpse into a working day for them. 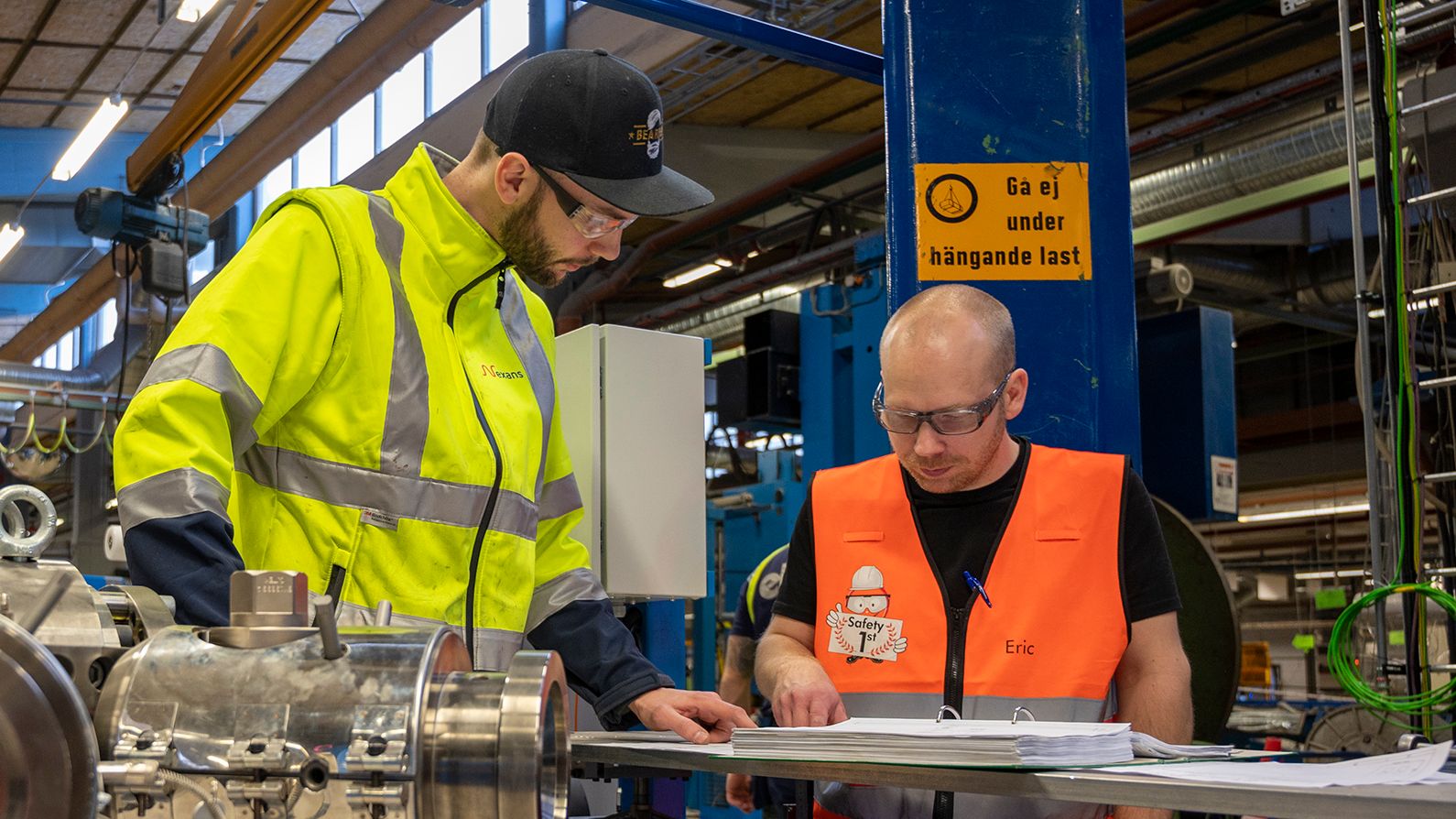 Nexans´ production units are in full swing, with such a high level of utilisation that it can sometimes be difficult to keep up with all the jobs.

The busy Line 23 is consequently being rebuilt to relieve other production lines. Among other things, the line will have three separate extruders which enable the cables that leave the machine to have sheaths in different materials. The first stage entails halogen-free jackets, but having three extruders also enables jackets in polyethylene or PVC. Safety is also being upgraded so that Line 23 can be CE marked.

It is a job for the Production Engineering team, with two project managers and seven process technicians. The project managers start the work when an order is placed. They make a budget, undertake procurement, requisition money from headquarters and draw up time plans. It's a job where you sometimes have to stop yourself, according to project manager Martin Nilsson.

– Once the work has started, our most difficult task can be sticking to the plan. It is easy to slip away and "broaden the project" while you are still working on it, he says.

Once the machine is in place, the process technicians take over. They are responsible for the steps from test run to full production.

– We often start together with a representative from the supplier and the operator who will handle the machine. At the same time we order and test the tools required, mainly tips and dies that will form jacket material, says project technician Eric Nordetun. Once the machine is running properly, the cables it produces are inspected.

– We deliver the cables to our laboratory, which checks mechanical properties and fire safety etc, Eric Nordetun says.

Finally, before the machine is released into production, Eric Nordetun records everything that has been done in case something goes wrong or if someone else was to take over the assignment in the future.

How will customers notice the work undertaken on Line 23?
– Above all, they can look forward to increased delivery precision when we double the capacity of a cable that has been requested. But other cables can also be delivered faster, and the cables will have a more robust marking, Martin Nilsson says.

Select your country to find our products and solutions

Topics on which you wish to get more informations:

Thanks for contacting us. We will be in touch with you shortly.